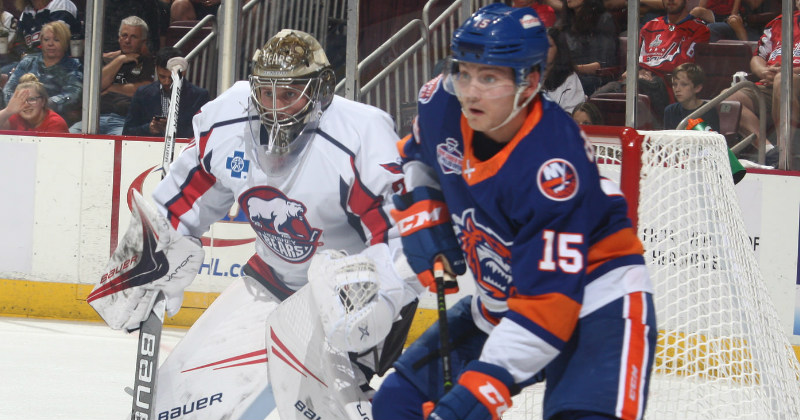 The Hershey Bears closed opening weekend on Sunday night with a 2-1 defeat at Giant Center. Former Bear Chris Bourque scored in his return to Giant Center in the second period.

After a scoreless opening frame, Bridgeport cashed in off a 5-on-3 power play. Bourque bombed a center point shot past Bears goaltender Vitek Vanecek at the 6:56 mark in the second period. But nearly seven minutes later, the Chocolate and White drew even. Michael Sgarbossa walked into the offensive zone on a breakaway following a stretch pass along the right wing from Shane Gersich. Sgarbossa beat Sound Tigers goaltender Jeremy Smith to even the score at the 13:51 mark. The tally marked Sgarbossa's second goal in as many nights, and in as many games with the Bears. Shots after 40 minutes were 18-14 Bridgeport.

The Hershey Bears return to action on Friday for the start of their Midwest road trip. The Bears will face-off against the Grand Rapids Griffins at 7 PM. Voice of the Bears Zack Fisch will have the call on the Bears Radio Network.