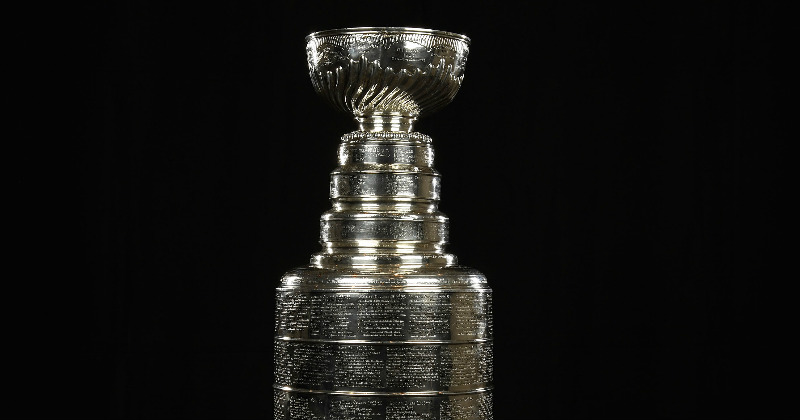 The Stanley Cup® is coming to Hershey this Sunday. That evening, the Bears will host the Bridgeport Sound Tigers at 5 p.m. at Giant Center for Washington Capitals Night. Tickets are available at the Giant Center Box Office, by calling 717-534-3911, and online at Ticketmaster.com.

Fans who have a ticket for the Oct. 7 game will have an opportunity to have their photo taken with the Stanley Cup®, and there will be a special session for Season Ticket Holders prior to doors opening. In order to accommodate as many fans as possible for this high-demand event, the guidelines below have been established.

Photographer, Washington Talent, will be onsite offering a complimentary digital photo with the Stanley Cup®, available via text, email, or print. Once in line, the only photos permitted with the Stanley Cup® are those provided by the professional photographer. No photos from individual cameras or cell phones will be allowed.

Time slots for photos with the Stanley Cup® have been designated as follows:
11 AM – 12 PM: Club/ Suite Holders/Corporate Partners
12 PM – 3:30 PM: Season Ticket Holders (All plans)
3:30 PM – 7:30 PM: All Fans
Schedule is subject to brief breaks for NHL staff and for the polishing of the Stanley Cup®

In order to gain access to the Stanley Cup® line, all guests must enter through the main doors of Giant Center. All guests will be subject to security procedures and checks.

One photo per person, group or individual. In order to accommodate as many guests as possible, if in line with a group, a group photo will be required. For example, a family of four in line will be required to take one group photo together. Individual pictures with the Stanley Cup® for each member of a group will not be permitted due to time concerns.

Due to popular demand, a photo with the Stanley Cup® is not guaranteed. The Bears, the NHL, and the Giant Center staff will do their best to accommodate as many guests as possible. To assist with this process, fans are encouraged to attend the appropriate designated time slot, arrive early, and follow all direction of staff members on site. Once a cutoff time is designated during the 3rd period, no further guests will be allowed in line.

The Bears will be wearing special Capitals themed jerseys for Sunday's game as they honor the first championship for their NHL affiliate. A total of 14 former Hershey Bears helped the Capitals claim the Stanley Cup® in June. In addition to the Stanley Cup®, the Conn Smythe Trophy, Rocket Richard Trophy, and Prince of Wales Trophy will also appear in Hershey on Oct. 7. The Conn Smythe Trophy, awarded to the playoff MVP, and Maurice "Rocket" Richard Trophy, given to the NHL's regular season top goal scorer, were both won by Washington captain Alex Ovechkin. The Capitals also claimed the Prince of Wales Trophy as Eastern Conference Champions on the way to their first Stanley Cup® title.

The Hershey Bears 2018-19 season is almost here! The opening weekend features the home opener on Saturday, Oct. 6 vs the Syracuse Crunch, and Washington Capitals Night on Sunday, Oct. 7 vs the Bridgeport Sound Tigers, featuring a visit from the Stanley Cup®. For more information on tickets and the 2018-19 season, visit HersheyBears.com.