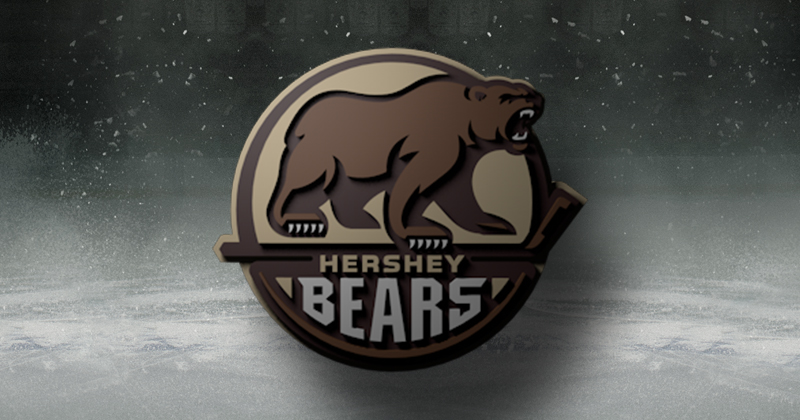 Under the direction of a new coaching staff led by Spencer Carbery, a total of 17 players are expected to take the ice to open the club's 2018 Training Camp.

Six players on Hershey's initial 2018 Training Camp roster are on tryouts. Three tryout forwards, Sam Fioretti, Jake Kamrass, and Steven Whitney, have signed contracts with Hershey's ECHL affiliate, the South Carolina Stingrays, for the 2018-19 season. Forwards Mark Cooper, Derek Hulak, and Jeremy Morin round out the roster. Both Hulak and Morin have substantial AHL experience. Hulak scored 21 goals with the Texas Stars in 2014-15, while Morin, a veteran player, has scored 230 points in 330 career AHL games, and has also played in 82 NHL contests.

The 2018 Training Camp Roster will be updated at HersheyBears.com over the next week. Many additions are expected, as Hershey's NHL affiliate, the Washington Capitals, will have to reduce their camp roster from 45 skaters to a maximum of 23 skaters in the next week.

The Hershey Bears 2018-19 season is almost here! The opening weekend features the home opener on Saturday, Oct. 6 vs the Syracuse Crunch, and Washington Capitals Night on Sunday, Oct. 7 vs the Bridgeport Sound Tigers, featuring a visit from the Stanley Cup®. For more information on tickets and the 2018-19 season, visit HersheyBears.com