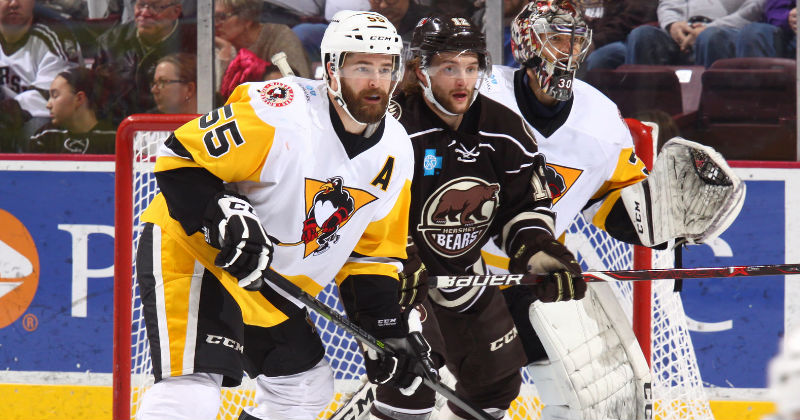 The Hershey Bears announced the club's 2018 preseason schedule today. The Bears will play a pair of preseason games versus the rival Wilkes-Barre/Scranton Penguins in preparation for the 2018-19 campaign.

Hershey will open the preseason at Wilkes-Barre/Scranton on Saturday, Sept. 29 at 7:05 p.m. at Mohegan Sun Arena. The Bears will host the Penguins the following evening at the Giant Center on Sunday, Sept. 30. The puck is slated to drop at 5 p.m.

Ticket information for Hershey's preseason game at Giant Center will be released at a later date.