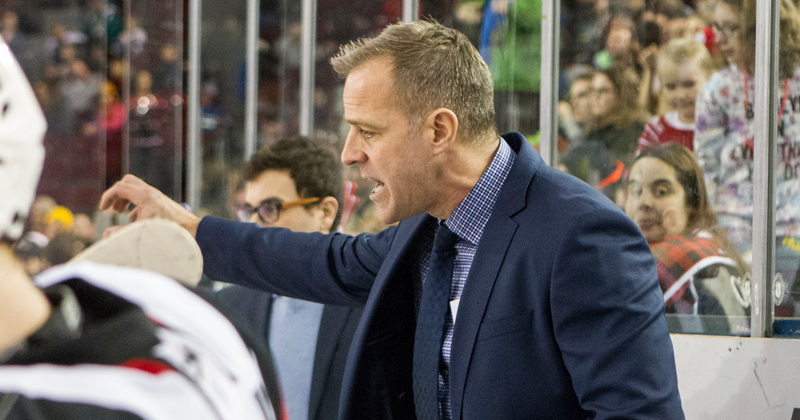 "We're excited to welcome Mike Eastwood to Hershey," said Helmer. "As we finalize our new coaching staff, Mike provides an element that we feel will be a great asset to our young players. He did a great job in his coaching stint in the Ontario Hockey League, and he can draw from his vast playing experience in the NHL to help grow and develop our team as we chase a championship"

Eastwood, 51, spent three seasons with the Ottawa 67's of the Ontario Hockey League, serving as an assistant coach in 2014-15 before being promoted to associate coach. In each of Eastwood's three years in Ottawa, the club qualified for the playoffs. With the 67's, Eastwood played a pivotal role in developing prospects, including current Philadelphia Flyers forward Travis Konecny, and Kody Clark, a 2018 second round draft selection of Washington.

The responsible, two-way center was known for his craft on faceoffs, and enjoyed his best season in 1999-2000 with St. Louis, a year in which he helped the Blues win the President's Trophy as the team that finished with the most regular season points in the NHL. That season, Eastwood collected a career-high 34 points (19 goals, 15 assists) in 79 games, on a Blues team that also featured both Helmer, as well as Todd Reirden, the new head coach of the Capitals, on the blue line.

A star player at Western Michigan University, Eastwood was originally drafted by the Toronto Maple Leafs in the 5th round in 1987. He spent two seasons with Toronto's American Hockey League affiliate, the St. John's Maple Leafs, including the 1992-93 campaign that saw Eastwood finish with 59 points.