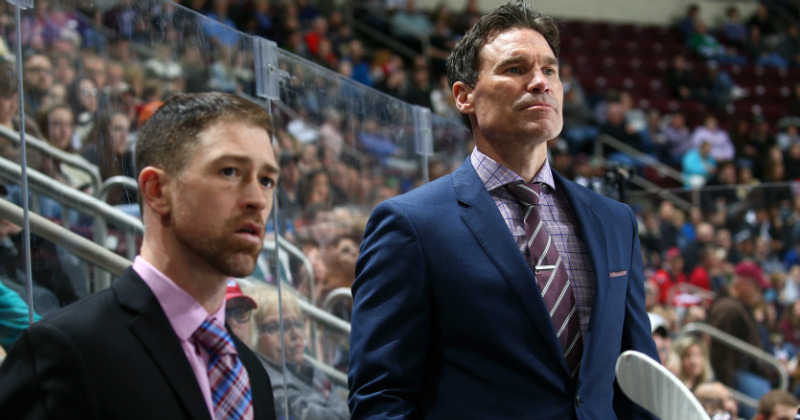 Contracts of Mann, Murphy Will Not Be Renewed

“Troy is a dedicated and hard-working coach and we appreciate all he has done for the Hershey Bears,” said MacLellan. “At this point, we feel a fresh approach and a change in leadership is needed in order for us to continue to develop our young players towards the next level and for success at the AHL level. We also want to thank Ryan for his contributions to the Hershey Bears and wish him all the best.”

Mann, 48, spent four seasons as Hershey’s head coach, compiling a 162-102-22-18 record. He led the Bears to a pair of division titles, and a trip to the 2016 Calder Cup Finals. Mann, who was named the 25th coach in franchise history in July 2014, ranks sixth all-time among Hershey coaches in victories. Mann was an assistant coach for the Bears from 2009-2013, serving on Mark French's staff during Hershey's record-breaking 2010 Calder Cup championship season. Mann was also behind the bench for two AHL All-Star Classics (2010, 2011).

Murphy, 35, was with the Bears for all four of Mann’s seasons at the helm. Murphy started with the Hershey coaching staff by specializing in video development in 2014-15, and was promoted to a full-time assistant coach the following year.

“We’d like to thank Troy Mann and Ryan Murphy for their contributions to the Hershey Bears organization,” said Hershey vice president of hockey operations, Bryan Helmer. “While we are looking to move our hockey club forward, today is certainly an emotional day. I had the pleasure of working with both Troy and Ryan behind the bench for two seasons, and consider them to be great people. We wish both all the best in future endeavors.”