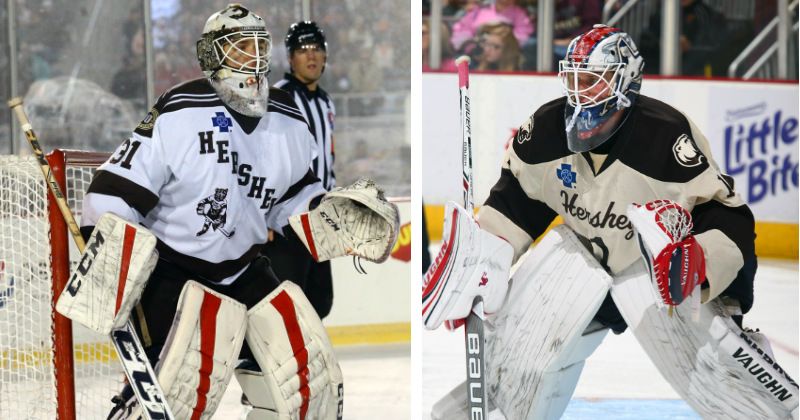 The Hershey Bears have announced a pair of transactions. The Washington Capitals have recalled goaltender Pheonix Copley from Hershey. The announcement was made by Washington's senior vice president and general manager Brian MacLellan. Additionally, goaltender Adam Carlson has been re-assigned to the Bears from the Kansas City Mavericks of the ECHL.

Carlson, 24, appeared in four games earlier this season with Hershey, going 2-2-0 with a 3.03 goals against average and a .903 save percentage. He earned his first AHL win on Oct. 21 in a 4-2 victory at Grand Rapids. Carlson returns to Hershey from Kansas City where he had posted a 5-1-2-1 record in nine games with a 2.07 goals against average, a .922 save percentage, and one shutout. The Edina, Minn. native is 6-3-3-1 in 16 ECHL games this season with South Carolina, Indy, and Kansas City.

The Bears return to action on Saturday afternoon in Hartford. Hershey visits the Wolf Pack at 3 p.m. The game may be heard on the Bears Radio Network and viewed on AHLLive.com.