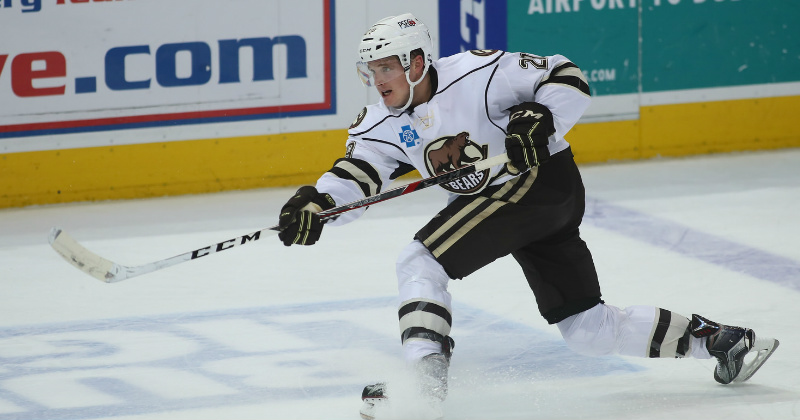 The Hershey Bears announced today that defenseman Tommy Hughes has been returned on loan to the club's ECHL affiliate, the South Carolina Stingrays. The move was announced by Hershey’s Vice President of Hockey Operations, Bryan Helmer.

Hershey returns to action for two games in Charlotte this week. The Bears visit the Checkers tomorrow at 7 p.m. Zack Fisch has the call on the Bears Radio Network.