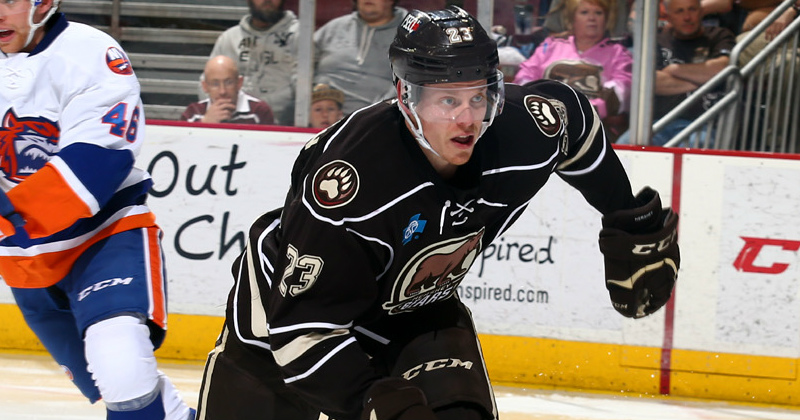 The Hershey Bears have announced today that forward Hampus Gustafsson has been assigned to the club's ECHL affiliate, the South Carolina Stingrays. The move was announced by Hershey’s Vice President of Hockey Operations, Bryan Helmer.

Gustafsson, 24, has skated in 14 games with the Chocolate and White this season, tallying two assists. The rookie forward joined the Bears last March on an amateur tryout agreement, posting two assists in 10 games, and also appearing in four playoff contests.

The native of Ljungby, Sweden signed a two-year, entry-level deal with the Washington Capitals on Mar. 7. In 2016-17, Gustafsson skated for Merrimack College where he served as an alternate captain during his senior season. He led Merrimack in goals (15), ranked second in points (26) and fourth in assists (11) and was a nominee for the 2017 Hobey Baker Memorial Award.

The Bears host the Providence Bruins on Wednesday, December 13 at 7 p.m. at the Giant Center. That evening is Hersheypark Pass Night.