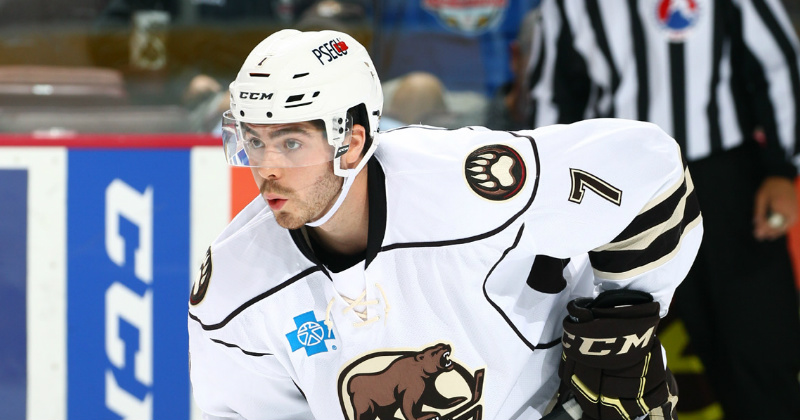 The Hershey Bears announced today that defenseman Connor Hobbs is expected to miss six to eight weeks with a fractured left wrist.  The announcement was made by Hershey’s Vice President of Hockey Operations, Bryan Helmer.

Hobbs, 20, was injured in the first period of Hershey's 4-1 loss to Toronto on Saturday. The defender did not return to the game after colliding with the boards in front of Hershey's bench.

Hershey hits the road to battle I-81 rival Wilkes-Barre/Scranton this afternoon. The puck drops at 3:05 p.m. and the game may be heard on the Bears Radio Network.