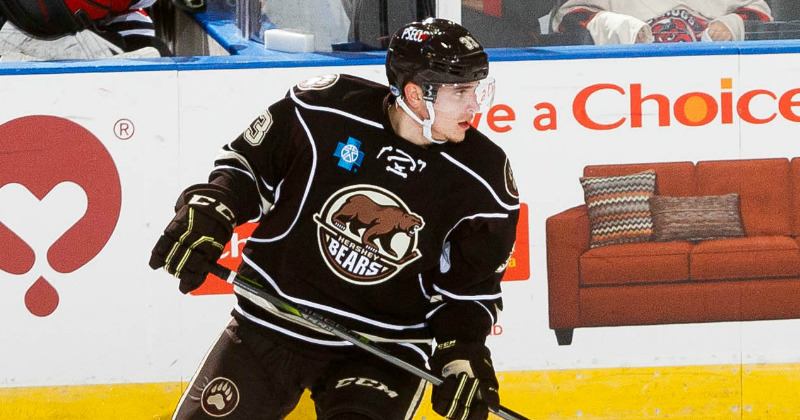 The Hershey Bears announced today that defenseman Kris Bindulis has been re-assigned from the South Carolina Stingrays (ECHL) to the Bears. The move was announced by Hershey’s Vice President of Hockey Operations, Bryan Helmer.

Bindulis, 22, was re-assigned to the Stingrays earlier this week, and made his ECHL debut on Friday at Greenville. He has also appeared in one game for Hershey, making his AHL debut on Oct. 22 at Rockford.

BIndulis was signed to a three-year, entry-level deal by the Washington Capitals on Mar. 7. Last season, he recorded 12 points (one goal, 11 assists) in 28 collegiate games with Lake Superior State.

Hershey hits the road to battle I-81 rival Wilkes-Barre/Scranton this afternoon. The puck drops at 3:05 p.m. and the game may be heard on the Bears Radio Network.