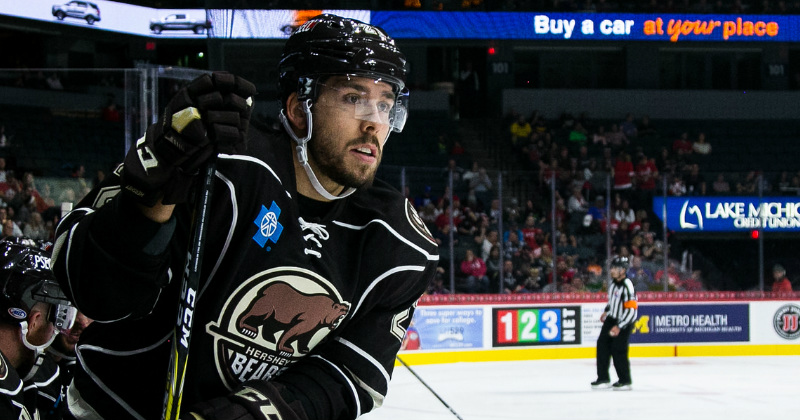 The Washington Capitals announced today that they have recalled forward Chandler Stephenson from the Hershey Bears. The announcement was made by Washington’s senior vice president and general manager Brian MacLellan.

Stephenson, 23, leads Hershey with five goals, and is tied for first on the team with six points through six games this season. The native of Saskatoon, Saskatchewan posted the best game of his professional career this past Saturday, registering a career-high four points, and notching a hat-trick in Hershey’s 4-2 win at Grand Rapids.

A third round selection of Washington in 2012, Stephenson has played in 13 career games with Washington, including four last season.

The Bears return to action on Friday evening on the road versus the rival Wilkes-Barre/Scranton Penguins. The puck drops at 7:05 p.m. at the Moehgan Sun Arena and the game may be heard on the Bears Radio Network.