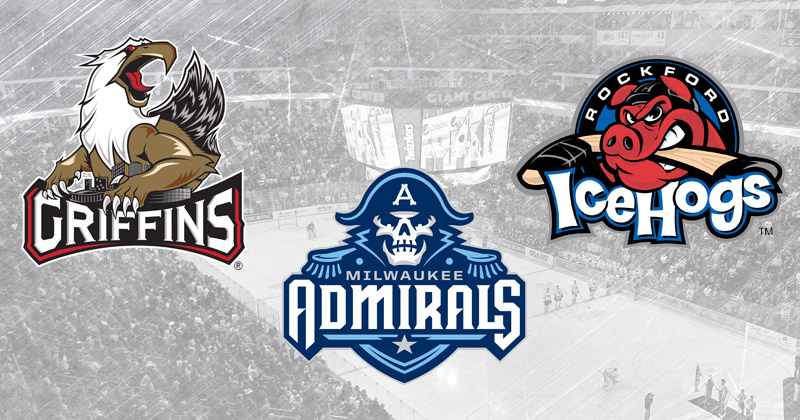 The Hershey Bears enter the third week of their 80th Anniversary Season with an 0-2-0-1 record. This week, the club heads to the midwest to battle Milwaukee on Friday, Grand Rapids Saturday, and Rockford on Sunday.

Last weekend, the club hosted a pair of games at the Giant Center but were unable to come up with a victory in front of the home crowd. The Bears home opener was this past Saturday, and despite an early goal from Chandler Stephenson on a 5-on-3 power play, the Belleville Senators earned a 5-2 win on Oct. 14. Hershey also got a goal from Chris Bourque to tie the game, 2-2, in the second period, but a Gabriel Gagne goal for Belleville 17 seconds later gave the Senators a lead they would never relinquish. Ethan Werek notched two goals and an assist for Belleville in the win. Hershey was outshot 35-19 in the loss.
On Sunday, Oct. 15, Hershey rallied to erase a two-goal deficit, but fell 4-3 to Lehigh Valley in a shootout. Hershey led 1-0 on a Chris Bourque goal after 40 minutes, but Lehigh Valley bolted out to a 3-1 lead early in the third period. However, Hershey battled back as Jonas Siegenthaler responded to make it a one goal difference, and Colby Williams tied the score on the power play with just 2:30 remaining. Lehigh Valley’s Chris Conner had the lone goal of the shootout.

STRONG STARTS: Hershey forwards Chris Bourque and Chandler Stephenson are both off to strong starts in the goal department. Stephenson scored in his first two games of the season, including a power play marker in Saturday’s loss to Belleville. Last year, it took Stephenson until Nov. 26 (19 games) to score his second goal of the year. Bourque has scored in his last two games, and is tied for the team lead with four points. Last year it took Bourque until Nov. 16, a total of 14 games, to score two goals.

BEARS HEAD TO BREW TOWN: On Friday, Hershey will visit Milwaukee for the first time since the 2006 Calder Cup Finals. The Bears beat the Admirals, four games to two, to win their 10th Calder Cup. The cup clinching game was held at the Bradley Center in Milwaukee on Jun. 15, 2006. Colin Forbes had a goal and an assist and Freddy Cassivi stopped 25 shots as Hershey claimed a 5-1 victory.

GOING TO GRAND RAPIDS:  Saturday’s matchup with Grand Rapids pins the Bears versus the defending Calder Cup champions. The contest is Hershey’s first versus the Griffins since the 2005-06 regular season. The Griffins beat the Bears twice, 6-4 at Grand Rapids on Dec. 22, and 4-3 in Hershey on Feb. 26. Future Bears Bryan Helmer and Greg Amadio were members of the Griffins for those two contests.

BEARS BULLETS: Forward Travis Boyd is tied for the team lead with four points and has back-to-back two assist games...Hershey forward Jeremy Langlois will face his former team when the Bears visit Rockford on Sunday. Langlois had 14 points with the IceHogs last season…Sunday’s meeting with the IceHogs is the first matchup in Hershey’s franchise history versus Rockford…2016-17 Bears Nathan Walker, Christian Djoos, and Madison Bowey have all made their NHL debuts with Washington this season.