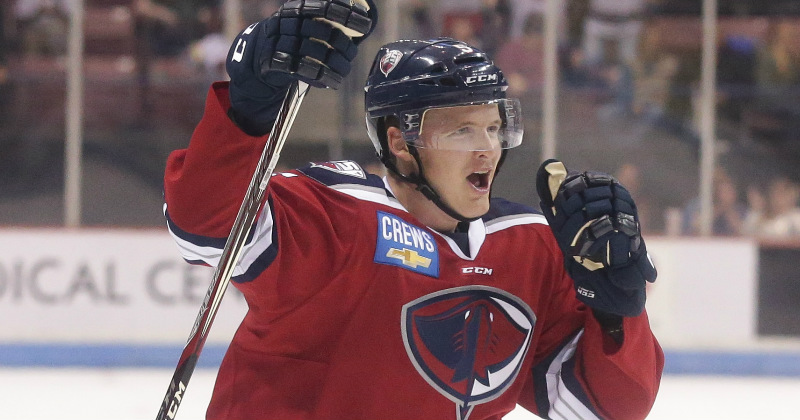 The Hershey Bears announced today that the club has signed defenseman Tommy Hughes to a one-year, American Hockey League contract. The announcement was made by Vice President of Hockey Operations, Bryan Helmer.

Hughes was originally signed as an undrafted free agent by the New York Rangers on Apr. 1, 2013. The native of London, Ontario played for the hometown London Knights of the OHL for parts of four seasons before turning professional. He led the club to back-to-back OHL titles in 2011-12 and 2012-13, and struck for 32 points (three goals, 29 assists) in 169 career junior games.

The Hershey Bears 2017-18 season is almost here! The puck drops on the historic 80th anniversary season with the home opener on Saturday, Oct. 14 versus Belleville. Information on the 2018 Capital BlueCross Outdoor Classic, full season tickets, 22-game and 12-game plans and flex-10 ticket plans for the 2017-2018 season is available now by calling (717) 508-BEAR. Flexible ticket plans start as low as $195 per seat.