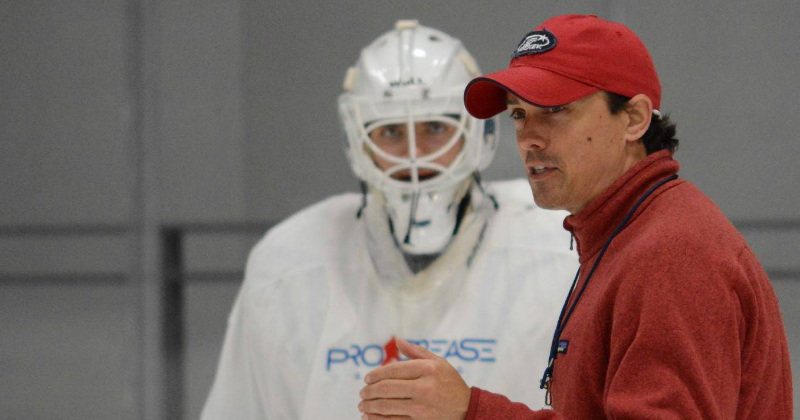 The Hershey Bears, and their NHL affiliate, the Washington Capitals, have announced the hiring of Alex Westlund as associate goaltending coach. Westlund will work directly with Washington’s minor-league affiliates, providing daily instruction to prospects in Hershey, and to the club’s ECHL affiliate in South Carolina.

“I couldn’t be more excited to join the Washington and Hershey organizations,” said Westlund. “It’s a great opportunity to collaborate with Mitch Korn and Scott Murray to help our goalies develop to the best of their ability. Hershey’s history in the AHL is second to none, and I can’t wait to get to work with Troy Mann and the rest of the staff.”

Westlund, 41, has extensive playing and coaching experience. The New Jersey native comes to the Washington organization after spending the past two seasons as the goalie coach with the DEL’s Augsburg Panther Eishockey Club in Germany, in addition to working with Zagreb of the KHL last season. His resume also includes experience with USA Hockey, serving as the head goalie coach and evaluator for the New England District, being a member of the goalie evaluation group for the USA Hockey’s Select 17 Festival, and participating in the prestigious Warren Strelow Camp the past two years. In 2015-16, Westlund served as the goalie coach for the nearby Wilkes-Barre/Scranton Knights of the NAHL, and has also lent his expertise through camps, clinics, and private lessons at Pro Crease Goaltending since 2013.

In his playing career, Westlund appeared in over 750 professional games over the course of 16 seasons from 1999-2015. He spent time in the American Hockey League with the Worcester IceCats, Milwaukee Admirals, and Hartford Wolf Pack. A vast amount of his playing career was spent overseas, including four years with Linz EHC of the Austrian Erste Banke Eishockey Liga from 2008-12. He earned league MVP honors in 2010, and helped the club to its second league championship in 2012. In his career, Westlund was selected twice to represent his country. He won the Deutschland Cup as a member of Team USA in 2003, and played in the 2004 World Championships.

A graduate of Yale University, Westlund remains the all-time leader in games played (99) and saves (2,704) for the Bulldogs. He played at Yale from 1994-1999, and in 1998, he was named a NCAA 2nd Team All-American, and won the Ken Dryden Award as the ECAC’s Goaltender of the Year.

Information on Hershey Bears full season tickets, 22-game and 12-game plans and flex-10 ticket plans for the 2017-2018 season are available now by calling (717) 508-BEAR or by visiting HersheyBears.com.  Flexible ticket plans start as low as $195 per seat.