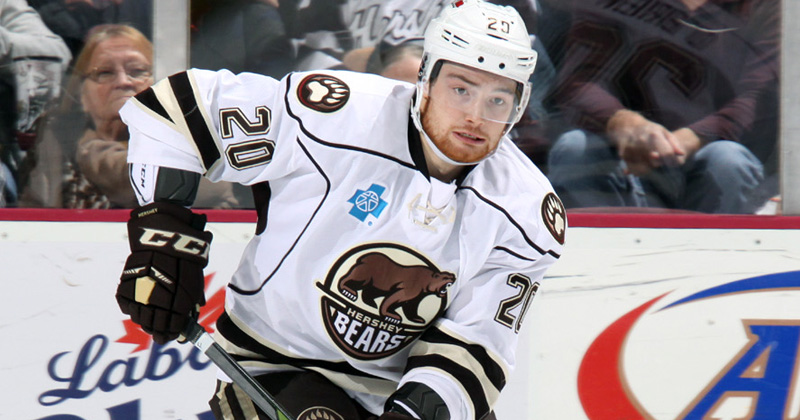 The Hershey Bears hockey team is proud to announce that forward Liam O’Brien has been named the team’s winner of the IOA/American Specialty AHL Man of the Year award for his outstanding contributions to the Hershey community during the 2016-17 season.

This year has seen O’Brien not only participate in various community activities, but he’s also experiencing a career-best season on the ice with the Hershey Bears. His community-focused initiatives include:

·         Participant of the “Roaring to Read” reading program at local elementary schools.

"O'Brien has had such an exceptional season both on and off the ice," said Bryan Helmer, VP of Hockey Operations for the Hershey Bears. "He is always eager and willing to participate in community-focused activities and events. We commend how much he enthusiastically gives back to the Hershey community."

O’Brien is now one of 30 finalists for the AHL’s 2016-17 Yanick Dupre Memorial Award, honoring the overall IOA/American Specialty AHL Man of the Year. The league award is named after the former Hershey Bears forward and AHL All-Star who died in 1997 following a 16-month battle with leukemia. The winner of the Yanick Dupre Memorial Award will be announced by the American Hockey League at a later date.