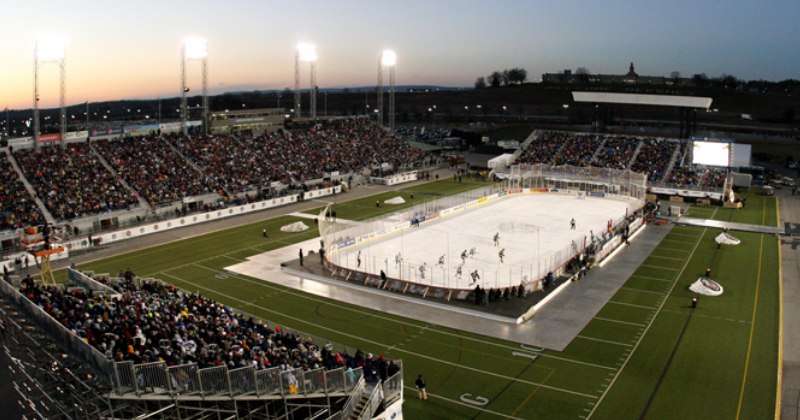 The Hershey Bears hockey team announced that the organization will host the 2018 Outdoor Classic at Hersheypark Stadium on Saturday, January 20. The announcement was made in a pre-game ceremony by Bryan Helmer, Vice President of Hockey Operations, prior to puck drop of this past Saturday's contest versus Toronto at Giant Center.

The Outdoor Classic will be the highlight event of the team’s 80th anniversary season in 2017-18. The Bears will face off against in-state rival, the Lehigh Valley Phantoms.

“We are so proud not only to celebrate our 80th anniversary, but to honor the history of the Bears with an Outdoor Classic game,” said Bryan Helmer, VP of Hockey Operations. “This is a historic event that we are thrilled to offer the best fans in the American Hockey League.”

This is the third outdoor game in which Hershey has participated, and the second time Hershey has battled the Phantoms outdoors. The Bears played the Adirondack Phantoms at Citizens Bank Park in Philadelphia on January 6, 2012 in front of an AHL record 45,653 fans. The Bears fell in overtime in that contest, 4-3.

For more Hershey Bears’ news, follow us on our social media channels and for more information, visit www.HersheyBears.com.