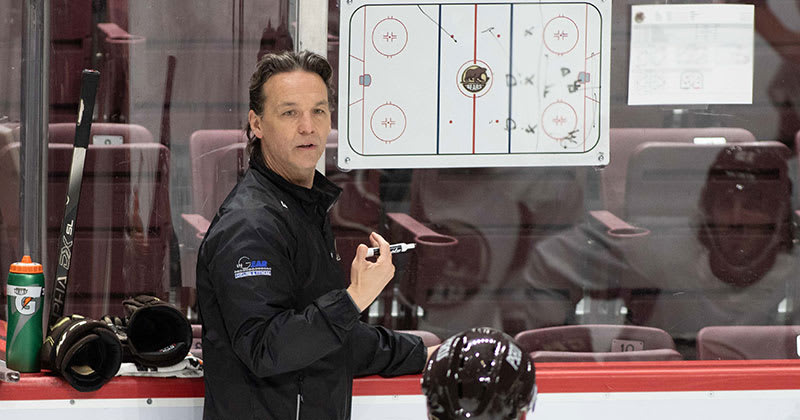 The Washington Capitals, the National Hockey League affiliate of the Hershey Bears, have hired Scott Allen as an assistant coach. The announcement was made by Washington senior vice president and general manager Brian MacLellan.

"The Hershey Bears congratulate Scott Allen on his promotion to the Washington Capitals," said Hershey vice president of hockey operations Bryan Helmer. "Scott did a tremendous job in his three seasons with the organization, and it was an honor to have him serve as the 27th head coach in our franchise's rich history. His passion and dedication to the position was second to none, and we thank him for his tireless commitment to the club. We wish Scott, and his wife Traci, all the best in Washington, and we look forward to working with the Capitals on the search for the next head coach of the Hershey Bears."

Allen joined the Bears ahead of the 2019-20 campaign, serving as assistant coach on Spencer Carbery's staff. He helped the Bears to the Macgregor Kilpatrick Trophy as the American Hockey League's regular season champions in 2020-21 as Hershey allowed a league-low 2.33 goals per game.

"I have felt privileged and honored to have spent these last three seasons coaching in Hershey," said Allen. "The history of this franchise speaks for itself, but it's been the people that have made it so special. I would like to extend a huge thank you to everyone who has enhanced my time in Hershey, including the players, staff, management, Hershey Entertainment and Resorts, new found friends, and of course the incredible, passionate Bears fans. Thank you Hershey. I'm going to miss you."

In addition to Allen's promotion, the Bears and Capitals also announced today that Hershey assistant coach Steve Bergin has left the organization to pursue other opportunities.

The Bears and Capitals search for the 28th head coach in Hershey's franchise history is underway.

Hershey is set to open the club's 85th season, presented by Penn State Health, versus the Utica Comets at 7 p.m. on Saturday, Oct. 15 at GIANT Center. Fans may join the Season Ticket Holder community with plans starting at less than $12 per game. Choose your games and seats with Full and Partial plans available now. Click HERE for more information. Groups of 15 or more may also get on our Group Sales Priority List. Place a $100 deposit by July 31 to secure priority access to tickets, when they become available, and exclusive perks. Click HERE for more information.