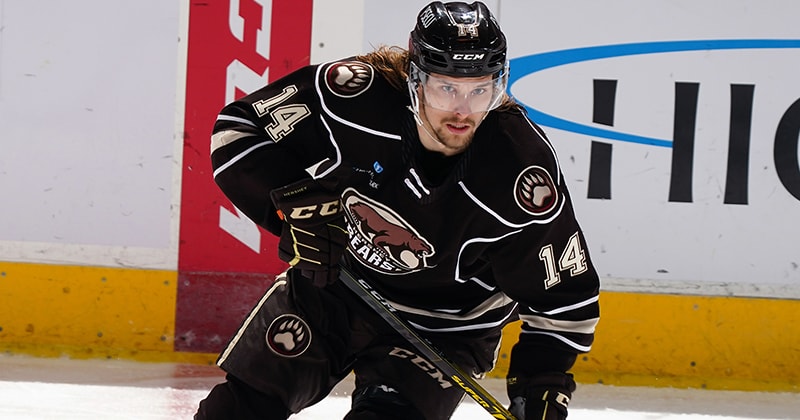 In a trio of roster moves over the last few days, the Washington Capitals have recalled right wing Brett Leason from the Hershey Bears and re-assigned Garrett Pilon and Axel Jonsson-Fjallby to Hershey, senior vice president and general manager Brian MacLellan announced today.

Pilon, 23, scored his first career NHL goal on Nov. 16 against the Anaheim Ducks and has played in two games for the Capitals this season. The Mineola, New York, native made his NHL debut with the Capitals last season on May 8, 2021 against the Philadelphia Flyers.

Jonsson-Fjallby, 23, has recorded one assist in eight games with Washington. Since making his NHL debut on Nov. 8 against the Buffalo Sabres, Jonsson-Fjallby ranks fourth on the Capitals in shot attempt percentage at five-on-five (52.4%).

Prior to his recall, Jonsson-Fjallby recorded seven points (3g, 4a) in nine games with Hershey this season.