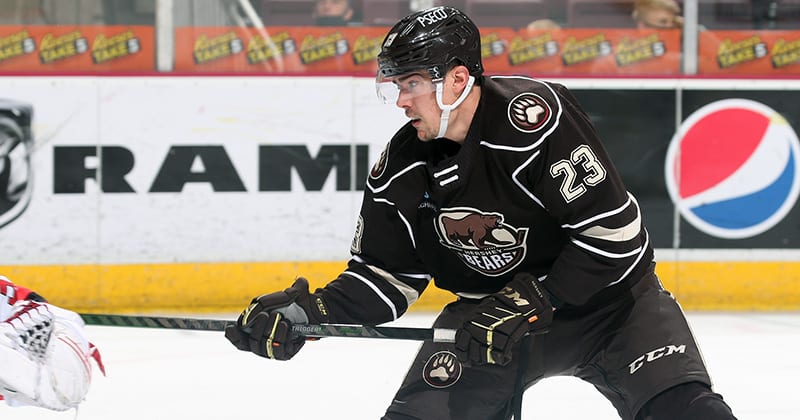 The Washington Capitals announced today that they have re-assigned right wing Brett Leason to the Hershey Bears. The announcement was made by Washington's senior vice president and general manager Brian MacLellan.

Leason, 22, made his NHL debut on Oct. 29 against the Arizona Coyotes and recorded three points (2g, 1a) in 10 games with the Capitals this season.

In five games with Hershey this season, the 6’5”, 215-pound right wing has one goal.

The Bears return to the ice tonight in Hartford versus the Wolf Pack at 7:30 p.m. from the XL Center. The game may be heard on the Highmark Bears Radio Network and viewed on AHLTV.