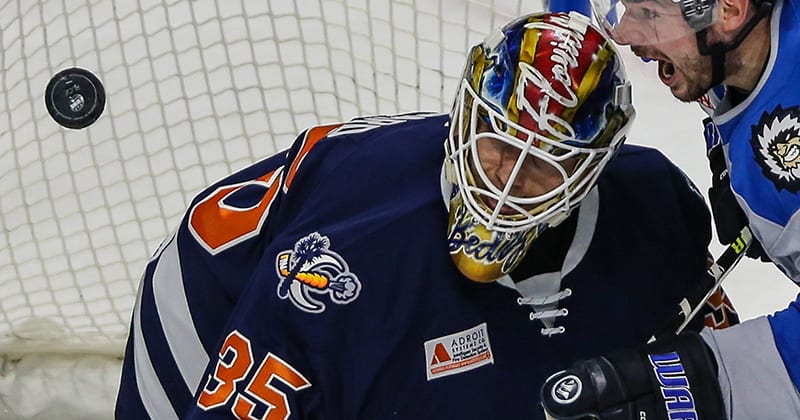 The Hershey Bears announced today that the club has signed goaltender Ryan Bednard to a one-year, American Hockey League contract for the 2021-22 season.

The 6'5", 201-pound netminder appeared in two games with the Syracuse Crunch last season, going 1-1-0 with a 2.61 goals-against average and .915 save percentage. The Macomb, Mich. native enters his third professional season after being selected in the seventh round of the 2015 NHL Draft by the Florida Panthers. Bednard debuted in the AHL with Springfield on Jan. 17, 2020 and made 36 saves on 37 shots in a 4-1 win at Syracuse. Two weeks later, he earned his first AHL shutout on Feb. 1, 2020 versus the Hartford Wolf Pack. In 10 career AHL games with Springfield and Syracuse, Bednard has collected a 5-4-0 record with a 3.13 goals-against average and a .902 save percentage.

Prior to turning pro, Bednard appeared in 68 career games at Bowling Green State University where he posted an overall record of 39-19-8 with seven shutouts.