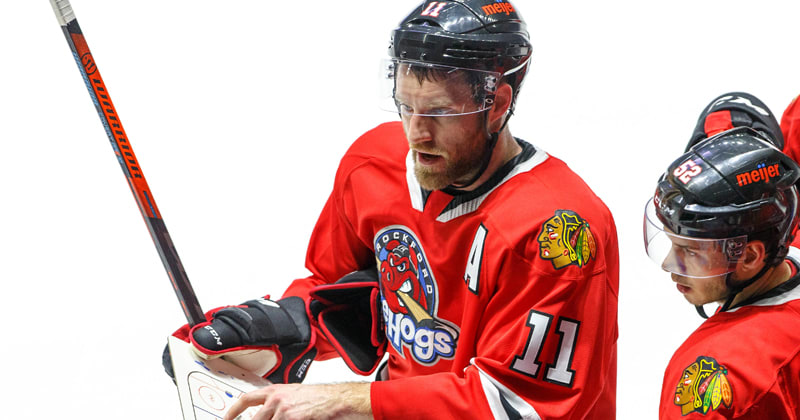 The Hershey Bears announced today that the club has signed defenseman Cody Franson to a one-year, American Hockey League contract.

Franson, 33, brings nearly 900 games of professional experience to Chocolatetown. The Sicamous, British Columbia native spent the 2020-21 campaign with the AHL's Rockford IceHogs, serving as an alternate captain, tallying 17 points (4g, 13a) in 26 games, earning Team MVP honors, and being named to the AHL's Central Division All-Star Team. He previously played in Rockford in the 2017-18 season, also wearing an "A" and scoring an impressive 28 points (9g, 19a) in just 37 games. He added 13 points (6g, 7a) in 13 postseason games that year, scoring the most goals by a defender in the Calder Cup Playoffs.

The 6-foot-5, 227-pound Franson has played 221 games in his AHL career with Milwaukee and Rockford, collecting 140 points (37g, 103a) and 113 penalty minutes. A total of 23 of his goals have come on the power play. A strong playoff performer, Franson has registered 23 postseason points (9g, 14a) in 30 Calder Cup Playoff games. He played in the 2009 AHL All-Star Game, and also landed on the AHL Second All-Star Team that year. He was a member of the AHL's All-Rookie Team in 2008.

Franson has played in 550 career National Hockey League games with the Nashville Predators, Toronto Maple Leafs, Buffalo Sabres, and Chicago Blackhawks. He has scored 212 points in his NHL career, notching 43 goals and 169 assists. During the 2012-13 campaign with Toronto, he ranked fourth among NHL defensemen in assists (25) and tied for sixth in points (29), while also posting six points in seven playoff games. In 2013-14, Franson ranked second in the NHL in hits (282). He has also played in 28 NHL playoff games, scoring 15 points (4g, 11a).

Franson was a third round selection, 79th overall, by the Nashville Predators in the 2005 NHL Draft. He won a Western Hockey League Championship with the Vancouver Giants in 2006, and led the club to a Memorial Cup title the following year. Franson was a member of Canada's gold medal winning team at the 2007 IIHF World Junior Championships. He played for former Hershey Bears coach Bob Hartley in the KHL with Avangard Omsk for two seasons from 2018-20.

The Bears open the 2021-22 season at GIANT Center on Saturday, October 16 versus the Charlotte Checkers at 7 p.m. Season Ticket Packages for the 2021-22 season are on sale now featuring discounts and great benefits, with options ranging from Full Season Tickets to Flex-10 Plans. Further information may be found at HersheyBears.com/tickets/season-tickets.php. A complete season schedule will be released tomorrow.