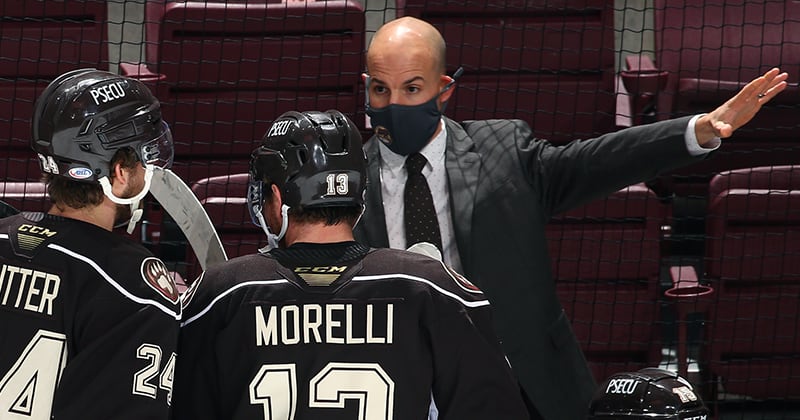 The American Hockey League announced today that Spencer Carbery of the Hershey Bears is the winner of the Louis A.R. Pieri Memorial Award as the AHL’s outstanding coach for the 2020-21 season. The award is voted on by fellow coaches and members of the media in each of the league’s 28 active member cities.

Under Carbery’s guidance, the Bears finished atop the AHL standings with a record of 24-7-2-0, a .758 points percentage that ranks as the second-highest mark in the franchise’s 83-year history. Hershey, who had the AHL's best home record, going an impressive 14-1-2-0 at GIANT Center, allowed a league-low 2.33 goals per game in 2020-21 and ranked eighth in scoring (3.33).  During the 2020-21 campaign, Carbery earned his 300th professional win on Apr. 7 at Binghamton, and tallied his 100th American Hockey League victory on May 2 versus Lehigh Valley. He became the 12th coach in franchise history to win 100 games with the Bears.