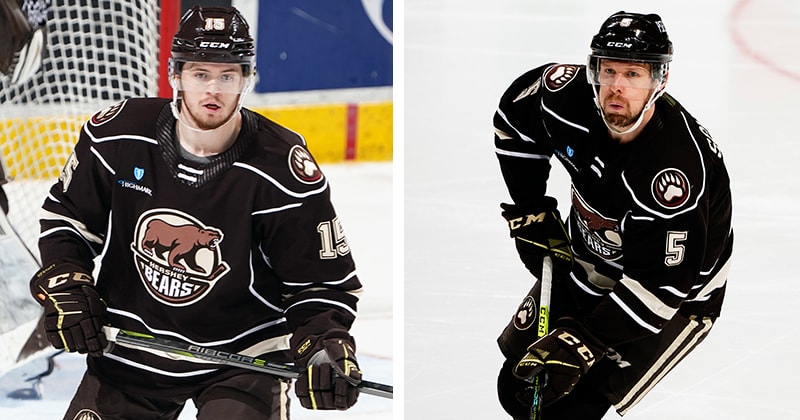 McMichael, 20, was also named to the AHL's All-Rookie Team, becoming the first forward in franchise history to earn this honor, and only the fourth Bear all-time. The Ajax, Ontario native finished first on Hershey in scoring, registering 27 points (14g, 13a) in 33 games during his rookie season. He was the first rookie to lead the Bears in scoring since Craig Fisher collected a team-best 79 points in 77 games during the 1990-91 campaign.

McMichael's accomplishments this season included tallying an AHL-best eight game-winning goals, collecting his first professional hat trick on Feb. 20 versus Wilkes-Barre/Scranton, and earning CCM/AHL Player of the Week honors after tallying six points over the final two games of the season.

Schilling, 32, led all Hershey defenders in scoring with 19 points (4g, 15a), and tied for the team lead with a plus/minus of +12.  An all-situations player, Schilling was the top scoring defender in the North Division and ranked seventh in the league in scoring among blue liners. Schilling, who was in his second tour of duty with Hershey after starting his career with the Bears, served as an alternate captain for the Chocolate and White this past season and registered a career-best three-assist and three-point game on Apr. 21 at Lehigh Valley.

The entire North Division All-Star Team is below.  All-Star Team selections for the league’s additional four divisions may be found HERE.

Each All-Star Team member will receive a custom-designed crystal award in recognition of his selection to the 2020-21 AHL All-Star Teams.