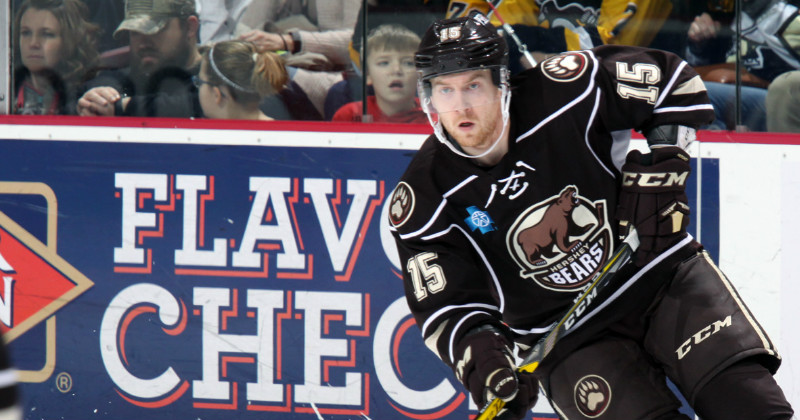 The Washington Capitals have loaned forward Travis Boyd to the Hershey Bears.

For his work in the 2016-17 campaign, Boyd earned Hershey's PNC Bank Team MVP honors. He repeated the honors in 2017-18, finishing with 47 points (15 goals, 32 assists) in 47 games. He made his NHL debut with the Capitals that year, and skated in eight games with the club, earning an assist. He also dressed in one playoff game en route to Washington's Stanley Cup victory.

Boyd will wear #15 for Hershey, while Joe Snively will switch to #21.