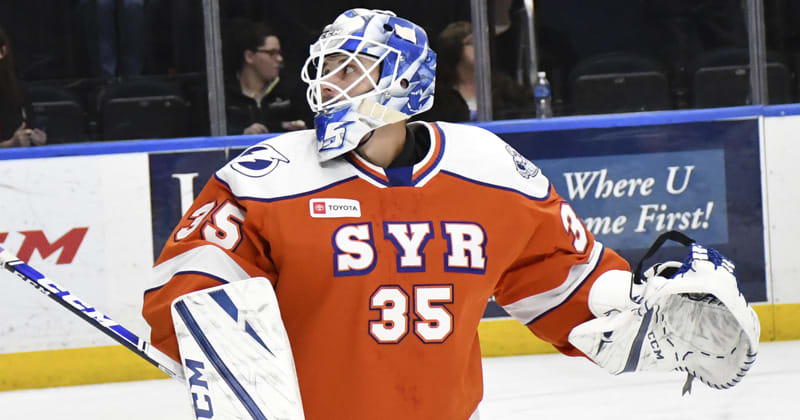 The Laval, Quebec, native won gold with Team Canada at the 2019 Spengler Cup after going 3-0 with a 0.33 goals against average and a .986 save percentage. Fucale posted back-to-back shutouts, including one in the gold medal game, and he was named the tournament’s all-star goaltender.

In 69 career AHL games with the St. John’s IceCaps, Laval Rocket, Chicago and Syracuse, Fucale has recorded a 28-32-6 record with a 3.09 goals against average, a .900 save percentage and two shutouts. Additionally, in another 111 career games in the ECHL with the Brampton Beast, the Fort Wayne Komets and Orlando, Fucale has posted a 57-32-11 record with a 2.97 goals against average and a .904 save percentage and eight shutouts.

Fucale was selected by the Montreal Canadiens with their second round pick, 36th overall, in the 2013 NHL Draft. He represented Canada at the 2014 and 2015 IIHF World Junior Championships, helping Canada to a gold medal in 2015, while posting the best goals against average (1.20) and save percentage (.939) of any goaltender. He skated for Canada in the Spengler Cup for the third straight year in 2019, winning his second title after previously claiming a championship in 2016.