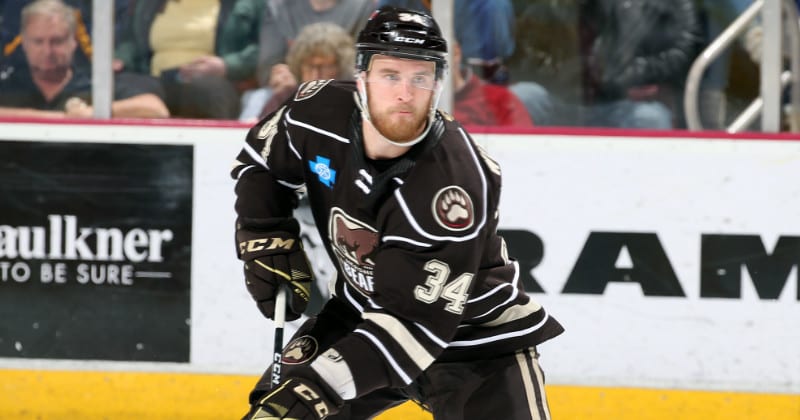 The Hershey Bears announced today that defenseman Eddie Wittchow has been re-assigned to the club's ECHL affiliate, the South Carolina Stingrays.

Wittchow, 27, has appeared in 19 games this season with Hershey, collecting eight points (four goals, four assists) to go along with 10 penalty minutes. Wittchow has one game-winning goal with the Chocolate and White, and has collected points in four of his past six games. The native of Elk River, Minnesota made his Hershey debut on Nov. 30 versus Belleville, scoring the game's opening goal.

Wittchow was drafted in the 6th round, 154 overall by the Florida Panthers in the 2011 NHL Draft. The rugged, 6-foot-4 defenseman spent parts of two seasons with the Springfield Thunderbirds from 2016-2018 and posted 19 points (seven goals, 12 assists) and 138 penalty minutes in 97 games.