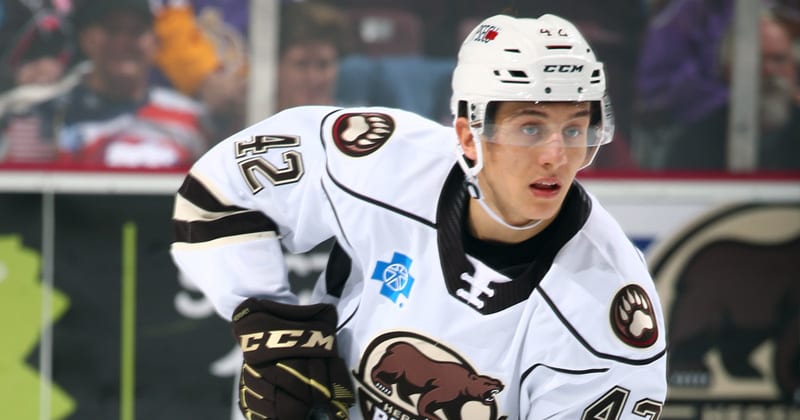 The Washington Capitals announced today that defenseman Martin Fehervary has been recalled from the Hershey Bears. The announcement was made by Washington's senior vice president and general manager Brian MacLellan.

Fehervary, 20, has appeared in 45 games with Hershey this season, posting 14 points (four goals, 10 assists). He is second on the team in plus/minus with a +12 rating. Fehervary made his Hershey debut on Oct. 12 at Lehigh Valley, and scored his first AHL goal the next day versus Wilkes-Barre/Scranton.

The native of Bratislava, Slovakia made his NHL debut for the Capitals on Oct. 2, playing 13:34 and registering two penalty minutes in Washington's 3-2 overtime win at St. Louis. Only 19 at the time, Fehervary was of the 11 defenders in Capitals team history to make his debut as a teenager. He has appeared in four games with Washington this season.