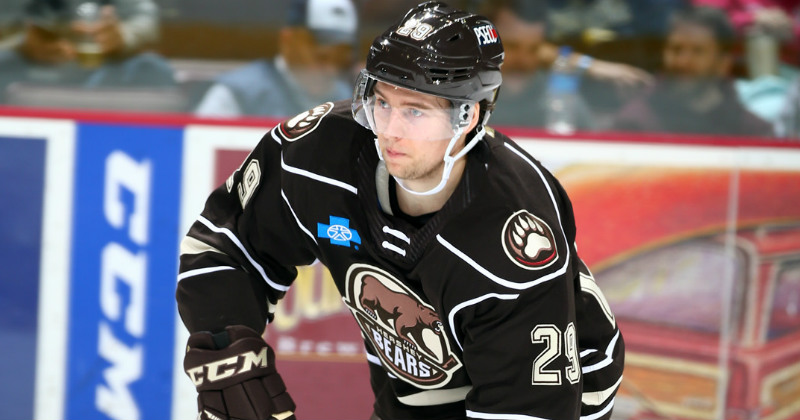 The Washington Capitals announced today that defenseman Christian Djoos have been re-assigned to the Hershey Bears. The announcement was made by Washington's senior vice president and general manager Brian MacLellan.

Djoos, 25, returns to Hershey after appearing in two games with Washington during his recall. The Gothenburg, Sweden native leads all Hershey defenders in scoring, tallying 18 points (three goals, 15 assists) in 25 games with the Chocolate and White this season. He ranks second overall on the club in assists, with eight of his helpers coming on the power play. Djoos has 99 career points (24 goals, 75 assists) in his 156 games in the AHL, all with Hershey.

The defender helped Washington to a Stanley Cup Championship in 2018. The 2012 7th round draft selection of Washington has appeared in 110 NHL games with Washington, scoring 24 points (four goals, 20 assists).

Djoos and the Bears return to action tonight at Giant Center. Hershey hosts the Cleveland Monsters at 7 p.m. The contest features a Pepsi Keychain giveaway for the first 4,000 fans. Great seats are available, or online at HersheyBears.com.