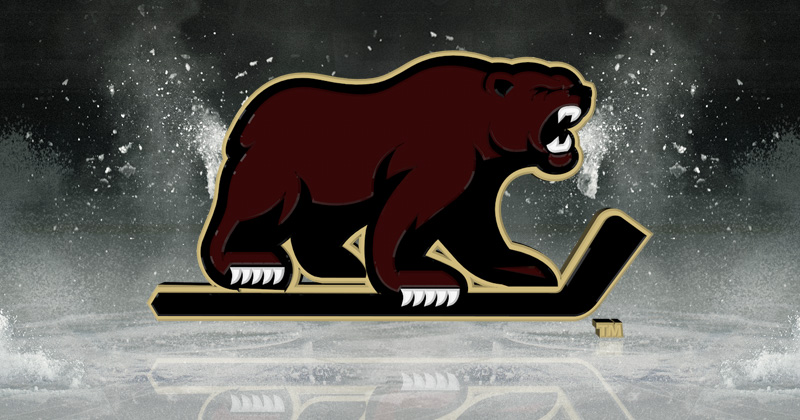 The Hershey Bears rode a three-goal second period effort in a 5-2 win over the Toronto Marlies at the Air Canada Centre. Pheonix Copley made 26 stops and Liam O'Brien added a pair of empty net goals down the stretch.

On Family Day in Canada, the hometown Marlies drew first blood on the power play. After two Bears collided in the defensive zone, the puck pin-balled in the slot to an open Miro Aaltonen. He fired a quick slapper past the glove hand of Copley to give Toronto a 1-0 lead at 6:49. Marlies' goaltender Garret Sparks was steady in goal and turned aside all seven Hershey shots faced. Shot totals after 20 minutes were 9-7 for Toronto.

Into the second period, Hershey responded with three to grab a 3-1 lead. At 4:22, Tyler Graovac deflected a Tyler Lewington shot into the cage to draw the game even. Only 1:54 later, the Chocolate and White carried the momentum towards their first led of the afternoon. On a second wave of pressure following a defunct 2-on-1 rush, Colby Williams found Jeremy Langlois on a pretty feed from his back-side. Langlois snapped a quick shot past Sparks for his third goal of the regular season.

At 10:39, the Bears added insurance on the power play. After an Andreas Johnsson cross-checking minor, Nathan Wakler finished a crisp tic-tac-toe passing play. Joe Whitney fired a centering pass from the left-wing towards the blue paint, where Walker crept in close to the net. Walker poked the puck past sparks to provide Hershey with a two-goal lead.

Due to repairs needed along the boards, the second intermission was taken early with 4:51 remaining. Following an ice cleaning and 18 minute intermission, the remaining 4:51 was finished, both teams switched side, and proceeded to drop the puck on the third period.

In the third period, the Marlies inched closer on a shorthanded goal. On a 3-on-1 rush up ice, Aaltonen centered a pass for Rinant Valiev, who finished a shot into an open net at 1:52. The Chocolate and White killed a Zach Sill slashing minor later in the frame, finishing the day 3-for-4 on the penalty kill.

Liam O'Brien added empty net goals at 18:31 and 19:17 to cement a 5-2 win over the top team in the American Hockey League. Toronto outshot Hershey, 29-27. The win marked the Bears' first four-game winning streak of the regular season and improved their overall record to 22-25-3-4. The North Division Marlies fall to 38-13-0-1.

The Hershey Bears return to the ice on Friday for a 7:15 puck drop at the Hartford Wolf Pack.